History of the Discovery

Designed and destined for service

M/V Discovery started life in Jackson, Florida, when she was launched into the Saint John River in March 1958. From there, she worked her way across the Gulf of Mexico, through the Panama Canal, and up the West Coast of North America to her home port of Juneau, Alaska.

Originally named the Anna Jackman (until a change in ownership in 1983), the Discovery was designed and built for the Presbyterian Church Missions of New York. Seattle naval architect Edwin Monk, known for his exceptional, no-nonsense, Pacific Northwest work boats, did the vessel’s design work in 1957. For some reason, the church chose a shipyard all the way across North America to build her. It could be that the J.F. Bellinger & Son shipyard of Jacksonville, Florida, was the low bidder, or it could have been they were one of the few shipyards available at that time that was capable of producing a vessel of her quality. 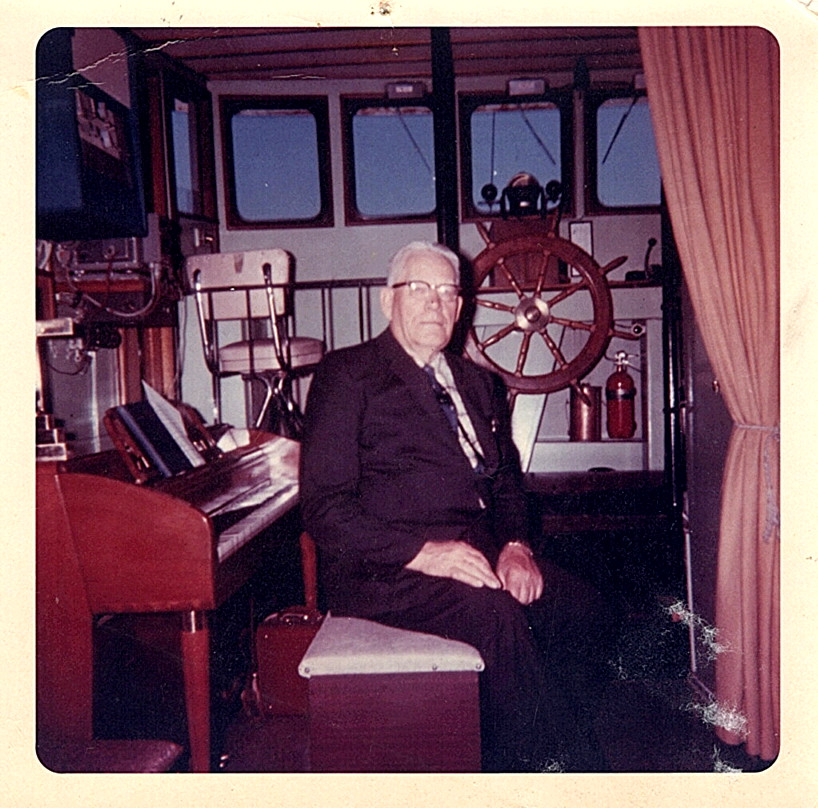 She was a fourth-generation Presbyterian mission vessel designed and destined for service in coastal Alaska. Just like her predecessors, the Anna Jackman was a vital link between small coastal Native Alaskan villages and the rest of the world. She originally slept 26 kids (sometimes in three in a bunk) with the girls having the forward sleeping section and the boys the aft. A heavy steel watertight doorway between the two areas was kept closed to separate the boys and girls at night.

The Discovery was one-of-a-kind in the world of working yachts. Designed to move through the water as efficiently as possible in order to stretch her cruising distance (and thus the ability to operate away from fuel sources for long periods), Ed Monk chose to make the hull long and rounded at the turn of the bilges. To keep her seakindly in Alaska’s often stormy conditions, the hull is deep draft with a displacement of 60 tons. Back in 1958, just as today, there were many uncharted shoals of solid rock littering the vast Alaskan coast. The Discovery is constructed of very thick steel for her size, and she’s bounced off of more than a few rock piles in her 50+ year life. Most vessels would have been holed and sank in these mishaps. Rumor has it that in Juneau’s Presbyterian Church, there’s a picture of the Discovery (then Anna Jackman) balanced on a rock in Gastineau Channel at low tide. Captain Rand believes this account because he’s seen the dent in the ship’s bottom. As the saying goes… she’s built hell for stout!

Today, you would be hard pressed to find a shipyard with the skills needed to construct a steel hulled vessel with a rounded hull. Those compound curved hull plates needed to be pre-bent to exact shape, with no two plates (except the opposite side’s section) being the same. As a shipwright for over 30 years, Captain Rand still does not know the ‘secrets’ of compound curve shaping. A European shipwright he talked with said they do it with aluminum now, and the persons who do the shaping are true artists.

A Gift of Engines

Although this machinery is of the best quality and kept the Anna Jackman/Discovery running through five decades of Alaska service, it eventually became impossible to find replacement parts. In 2008, after discovering a looming problem with the starboard main engine and failing to locate replacement ball bearings for the port V drive, Captain Rand decided to give the Discovery a big 50th birthday present: new engines, reverse gears, and V drives.

The replacement engines are rebuilt modern versions of the same model was in the vessel for the first 50 years. Many mechanics feel that these are the best diesel engines ever designed and that most modern industrial diesel engines are knock-offs of this engine concept. There just is not a more reliable and efficient model out there.

Looking for your next great
Alaska adventure?

Ready to explore Alaska? We’re here to answer any questions and help you book your next adventure!

CALL US
DATES & RATES
Back To Top